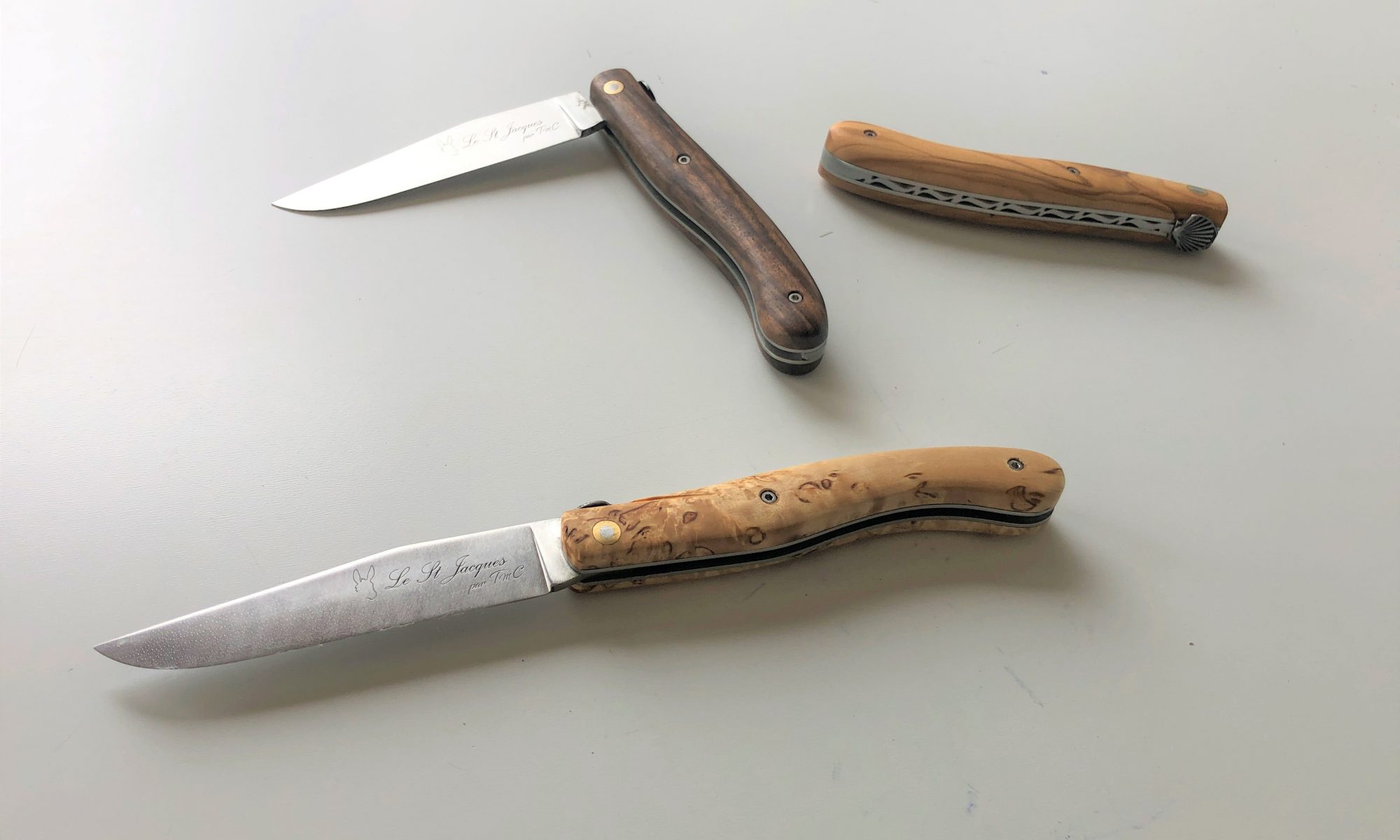 The Christian iconography of the shell appears at the beginning of the Middle Ages with the cult dedicated to Saint James. No doubt for symbolic reasons, the shell was imposed as an attribute of this apostle and therefore took the name of Saint James. Little by little, sewn on the hat, on the bag or on the coat, it will become the emblem, not only of the pilgrims of Santiago de Compostela, but gradually of all the pilgrims. In addition to its protective power, it made it possible to distinguish oneself from other travellers, to drink in the fountains or to ask for alms because, at the sight of the shell, charity becomes duty. Thus, since then, pilgrims have placed their journey under the sign of this symbol.

All our knives come with a black leather sheath